The Dodgers have signed president of baseball operations Andrew Friedman to a contract extension, Jon Heyman of MLB Network reports. Terms of the deal are unknown, but it figures to be a large payday for Friedman, whose previous deal was worth a reported $35MM over five years. At the time, that was a record-setting pact for a baseball executive. 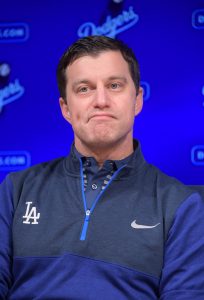 Locking up Friedman was a long-expected move for Los Angeles, which has been overwhelmingly successful since it pried him from Tampa Bay after the 2014 season. While the Dodgers’ long-running championship drought has continued since then, they have taken the NL West in each season during Friedman’s reign and won two pennants.

Friedman was at the helm when the Dodgers hired Dave Roberts as their manager entering 2016, though some fans of the team haven’t been enamored of that move. Nevertheless, Roberts has a fan in Friedman, who stuck by the skipper after the eventual title-winning Nationals upset the club in the first round of the…