The Phillies have made the biggest free-agent splash of the offseason to date, as they reached a reported five-year, $118MM agreement with free-agent right-hander Zack Wheeler on Wednesday afternoon. The contract is still pending a physical. Wheeler is represented by Jet Sports Management. 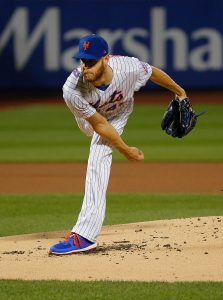 Wheeler, 29, has been arguably the most in-demand pitcher on the free agent market early in the offseason. While he’s regarded as the third-best arm on the market behind Gerrit Cole and Stephen Strasburg, that duo’s sky-high earning power priced out a number of pitching-needy teams from the outset. Wheeler, however, has been viewed as a more affordable pitcher with high-end stuff — one whom many believe can still take another step forward in the years to come.

The Phillies and Joe Girardi, a managerial marriage rooted in a quest for structure and simplification (The Athletic)

Phillies: Girardi Hire is a Great Start, Now the Focus Shifts to Adding Pitching – And a Lot of it (Baseball Essential)