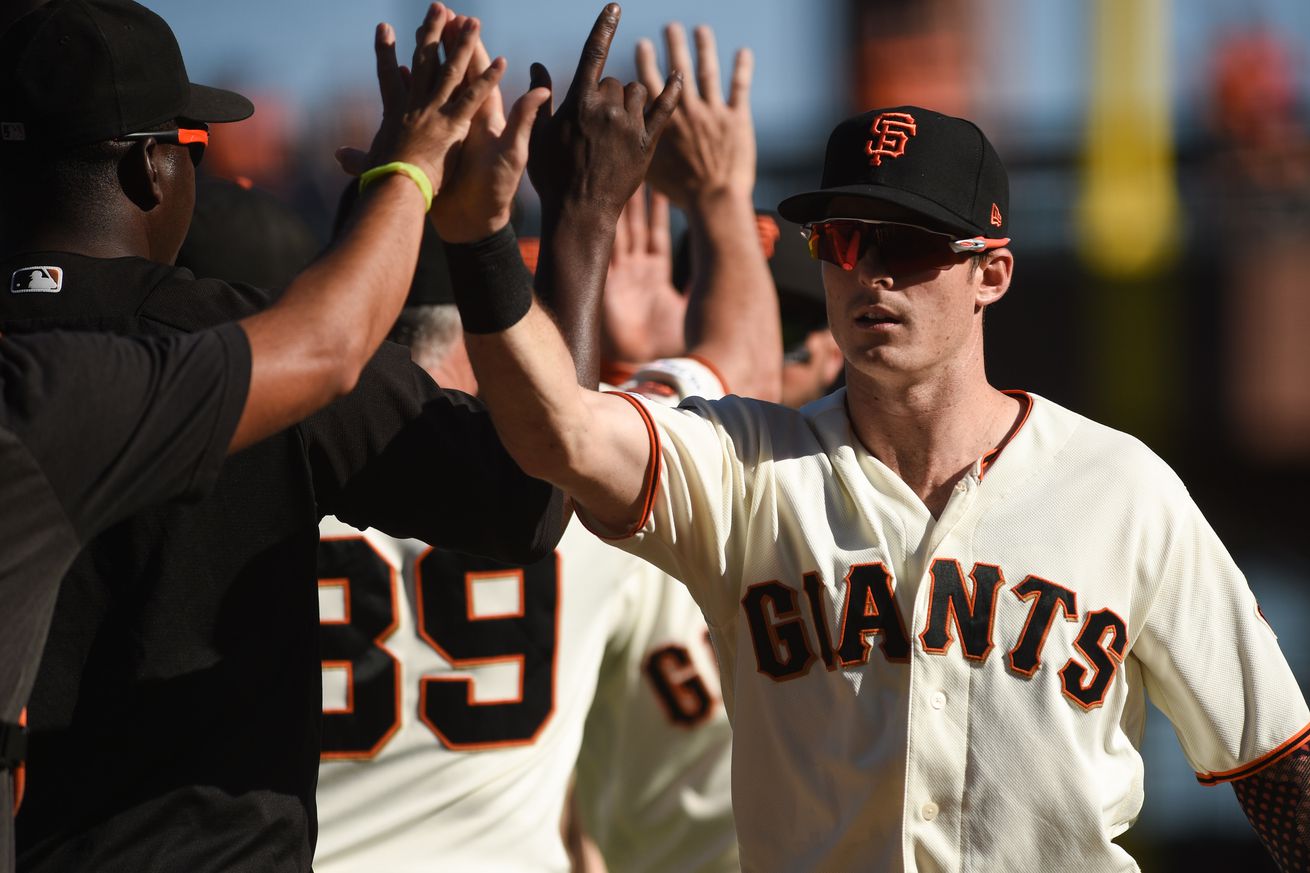 Now that the Giants have parted ways with Kevin Pillar, the questions about their future plans for center field are starting to roll in. At this point, I’m not ruling anything out. But according to Alex Pavlovic of NBC Sports Bay Area, he doesn’t believe that a free agent will be in the cards. Instead, he writes, that next season’s likeliest candidate is Mike Yastrzemski, with Steven Duggar and Jaylin Davis in the mix as well.

He notes that even Mauricio Dubon is in the picture, and will be key in the Giants’ flexibility:

Given where the roster is right now, Dubon is also the starting second baseman and a strong option to split time with Brandon Crawford at shortstop. But if he can handle center field, the Giants would have more of the flexibility they’re seeking. They plan to be active in the infield market this offseason. If they add another middle infielder who hits right-handed, could you see that player at shortstop against left-handers with Donovan Solano at second and Dubon in center?

Given the pace at which players come and go on this team now, it’s hard to pin any hopes on anyone this early in the…

The Chicago Cubs Are in Gentle Decline (FanGraphs)