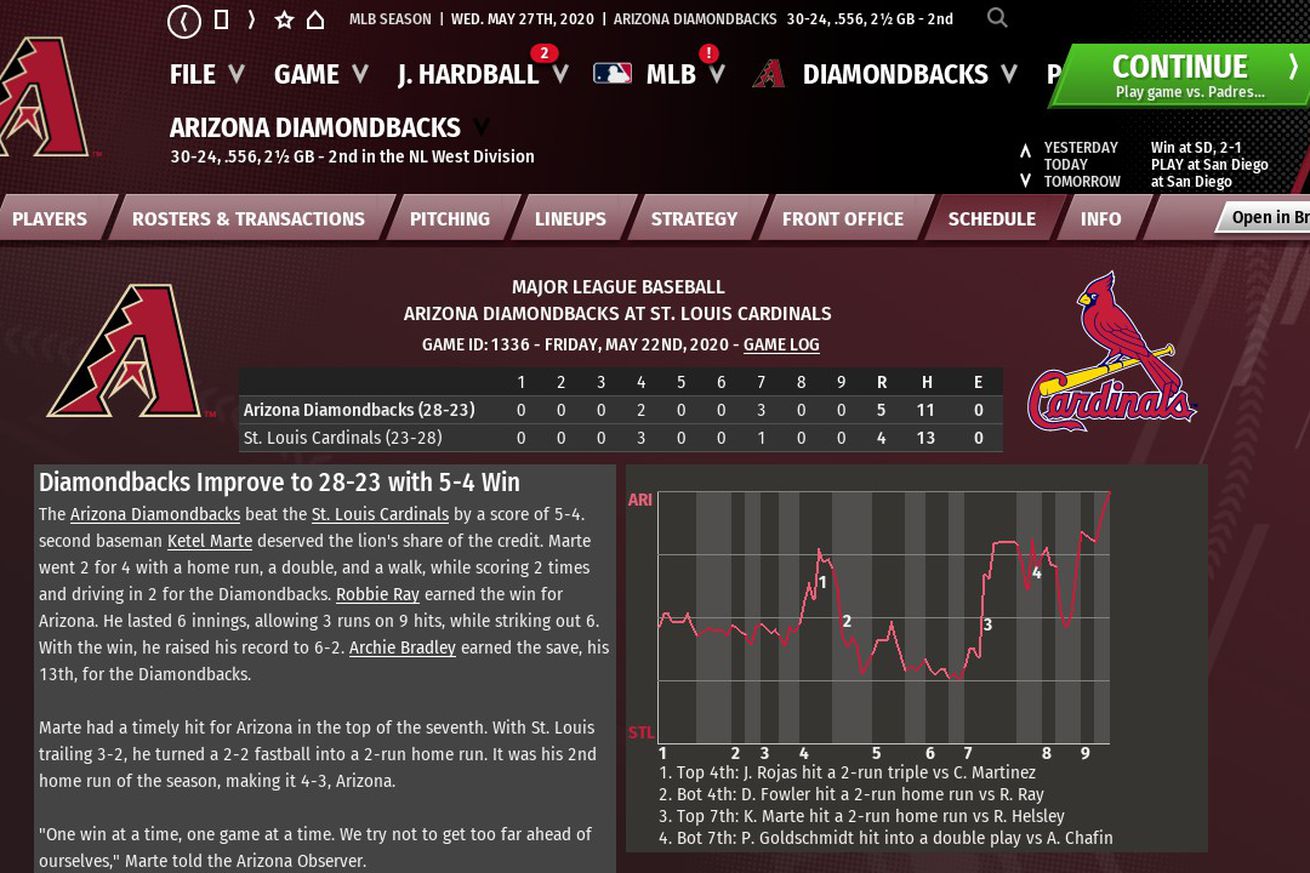 A suddenly full day of “post-COVID” errands has forced this recap to be a brief one.

The more Robbie Ray pitches this season, the more he reminds of his performance in 2017. Robbie Ray was not “on” in this game by a long shot. Still, he managed to surrender only three runs through six innings of work. All three of the runs came in a rough fourth inning, two of them on a long ball. Outside of that inning, he got plenty of ugly swings out of the St. Louis hitters. He did walk three in the game, one of which scored after a pair of singles by the Cardinals. Despite the low strikeout total, Ray had plenty of swinging strikes. Unlike past games where Ray’s pitch count quickly escalated because of numerous foul balls,in this game, Ray managed to get plenty of chases up in the zone, resulting in pop outs and weak flys. As a result, Ray was able to keep his pitch count manageable, hitting only 97 pitches through six full innings.

Both teams had their scoring limited to the fourth and seventh innings. The Diamondbacks became the beneficiaries of better sequencing when it came to their hit though, allowing them to push the extra…