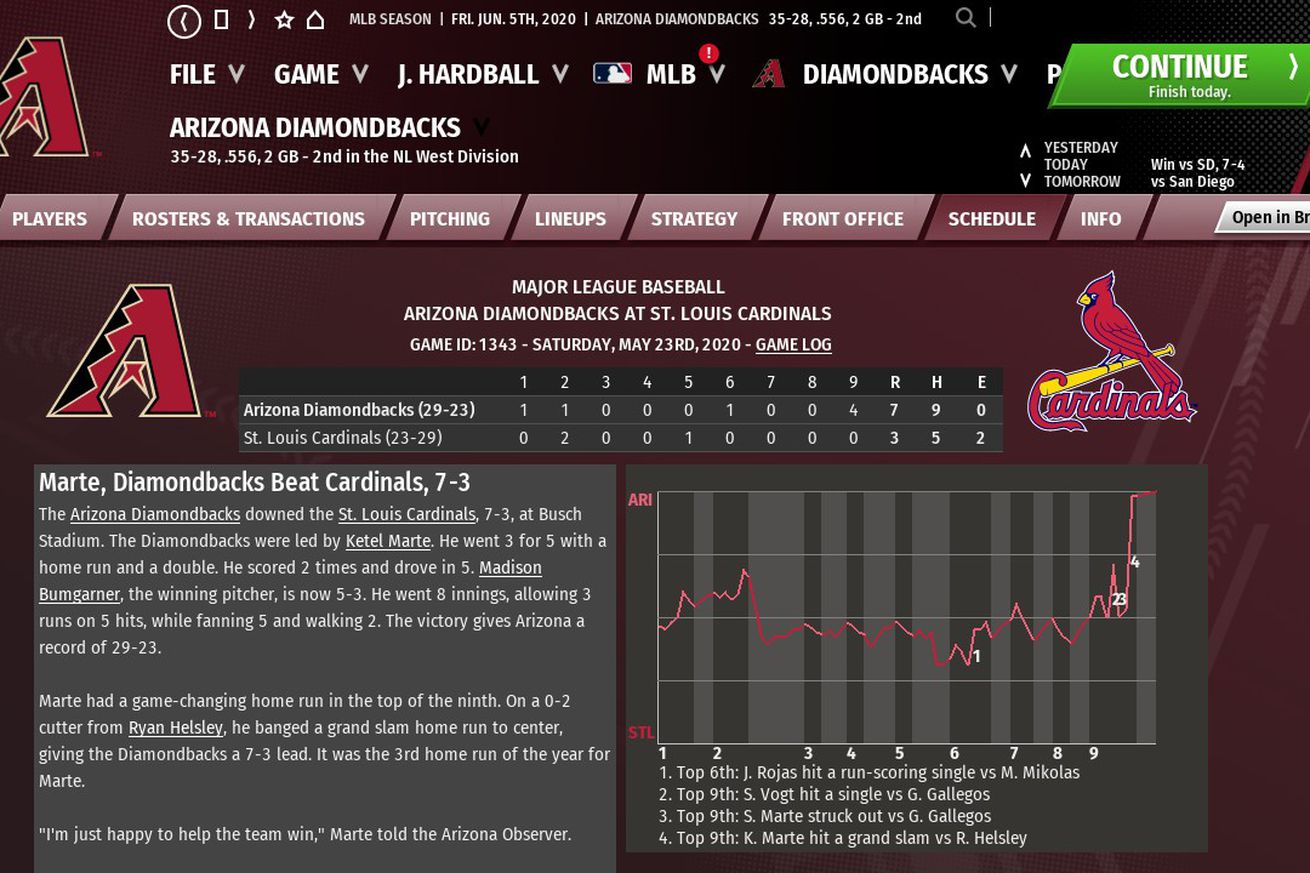 Madison Bumgarner did all one could ask for eight innings. Ketel Marte picked him up in the ninth.

It should no longer come as any surprise. Pitching loomed large in yet another Arizona victory. Madison Bumgarner took the mound to face off against Miles Mikolas and the St. Louis Cardinals. Bumgarner had early help, as Arizona’s offense spotted him a run before he ever took the mound. With one out in the first, David Peralta reached on an error by Kolten Wong, whose throw to first was so poor that not even Paul Goldschmidt could haul it in. Peralta promptly stole second base and then scored when Ketel Marte followed the steal with a double into the gap. The Diamondbacks added to their lead with singles from Carson Kelly, Bumgarner, and Starling Marte in the second.

The Cardinals tied things up when Tyler O’Neill and Dexter Fowler went back-to-back on consecutive pitches, both dropping the ball into the left field seats. The Cardinals then took the lead in the fifth inning. With one out, Mikolas was allowed to hit for himself and slapped a single to left. After a grounder by Kolten Wong to Goldy at first, Harrison Bader came…