It’s been nearly 20 months since Denard Span suited up in a big league game, and the former Twins, Nationals, Giants, Rays and Mariners outfielder suggests in an interview with Patrick Reusse of the Minneapolis Star-Tribune that he may not do so again. Span reveals that he received offers in the 2018-19 offseason, although they clearly weren’t compelling enough to leave his young family. Span adds that he worked out this winter with an eye toward a 2020 return and received “two or three” minor league offers — but they came from clubs without much of a path to the Majors even in the event that he played well in Triple-A.

“I haven’t announced it, officially, but maybe this is it,” Span said when asked about retirement. “…I still would have the ability to help a team. But 36-year-old outfielders who haven’t played in two years … not happening. I’m very satisfied pouring my life into our family, to Anne, a wonderful person, and our two boys.” 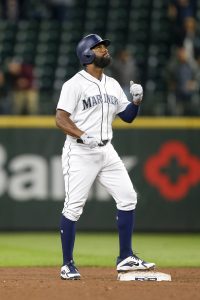 If this is indeed it for the…

Read “Denard Span On His Future” at MLB Trade Rumors