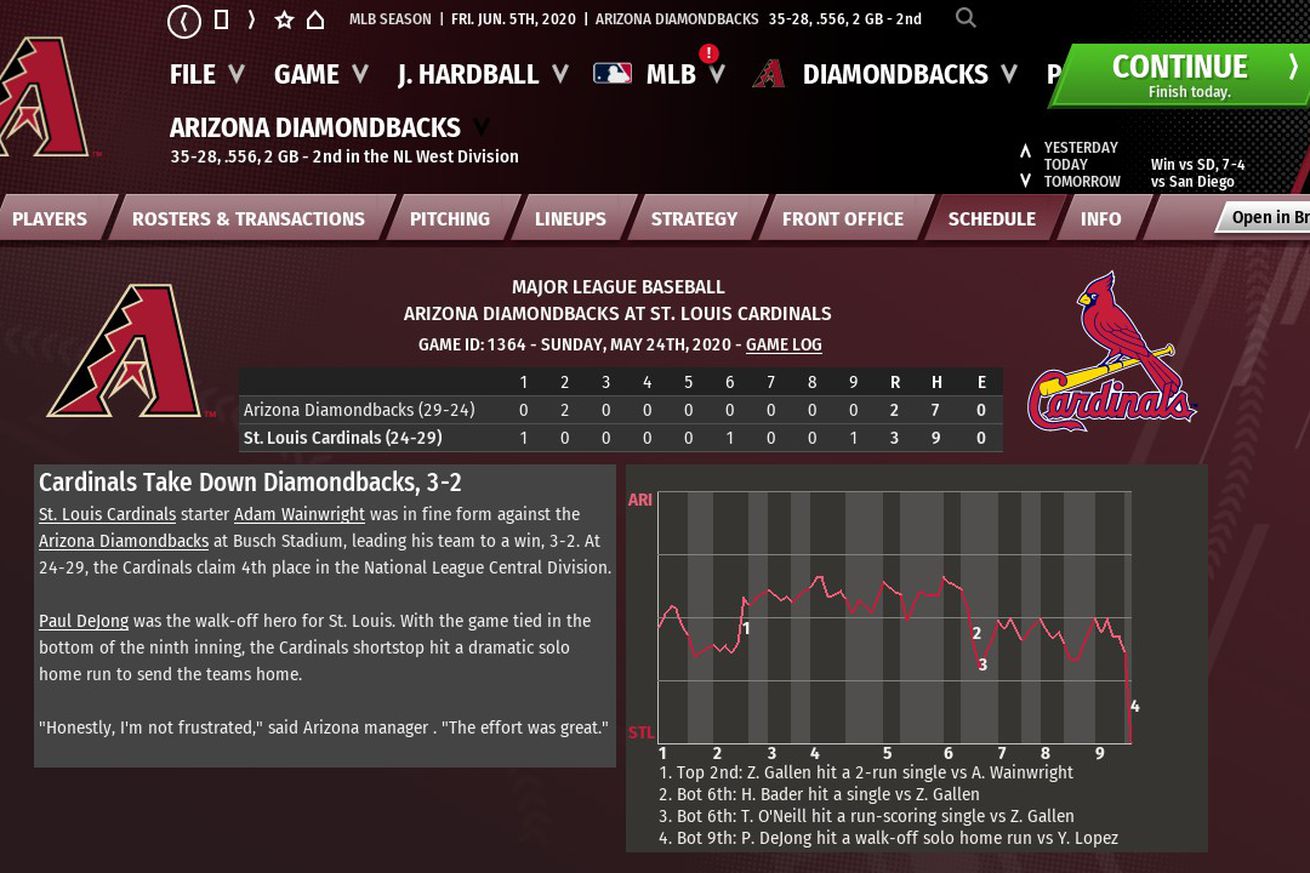 Arizona’s overwhelming reliance on pitching finally bit them in the ninth inning of this pitching duel.

If ever there was a game this season that showcased why the Diamondbacks need to upgrade the offense, this is that game. Zach Gallen and Adam Wainwright were both on their game in this Sunday match-up. Both put together similar lines as well. Zach Gallen scattered six hit and a walk across five innings. He allowed two runs to score, the first coming in the top of the first when Kolten Wong took him deep as the first batter of the game. The second run came in the sixth inning when St. Louis opened up their half of the inning with three consecutive singles, only one of which (off the bat of Paul Goldschmidt) was sharply hit. That brought an end to Gallen’s day. Between the Kolten Wong home run and the series of singles, Gallen pitched five full innings, allowing only two hits and a walk while striking out nine.

Wainwright was dominant in a totally different fashion. He simply got weak contact from hitters up and down the Arizona lineup. Arizona did have some success against Wainwright in the second inning. Carson Kelly…

The San Francisco Giants Should be Admired for Taking a Leap of Faith in Themselves, Rather than Selling (Baseball Essential)

Dansby Swanson is Quietly Coming Into His Own (Baseball Essential)