Mets general manager Brodie Van Wagenen has come under fire at times since the team hired the former agent after the 2018 season, but BVW has nonetheless had his high points atop their front office. One of his best decisions in New York came in January 2019, when he acquired a player who’s now among the Mets’ most valuable hitters in a trade with the Astros. 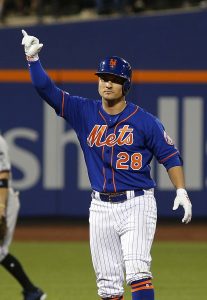 Sixteen months ago, Van Wagenen and then-Astros GM Jeff Luhnow worked out a swap that sent infielder/outfielder J.D. Davis and INF Cody Bohanek to the Mets for the trio of second baseman Luis Santana, outfielder Ross Adolph and catcher Scott Manea. Nobody from that quintet looked like a high-end asset at the time, and Davis was the only member of the group with major league experience.